Hoshim Gado was born on May 10, 1937 in the city of Kulob. Supervisor of the State Institute of theater art named A. В. Lunacersky (GICIS) (1960) and Higher Education Citizenship Program (1965) and People’s Artist of the Tajik SSR (1979), People’s Artist of the USSR (1988), the State Award winner of the Republic of Tajikistan by Abuabdullo Rudaki (1973) for the role of Sukhrob in the film “Rustam and Sohrab »).

Since 1961, the current actor and the Director of the Academic Theater of Lohuti. The artist was born in 1963, and has so far created many roles, including the role of Sukhrob, Ferdinand, Hamlet, Khelyakov, Ismoili Somoni, Eddie and other roles.

Hoshim Gado is also a number of actors, whose most famous “Eddie” show is more than 100 times. He appeared in 2008 in the framework of the celebrations of Abu Abdullah Rudaki, a preview of the life of the founder of Persian literature. He has also worked on more than 50 films of Tajik and foreign films. The newspaper of “Charkhi gardun” is more than 10 years, which publishes its philosophy.

Iran’s princess – Farah Pahlavi, the wife of the king of Iran -Muhammadreza Pahlavi, from Hoshim Gado, and his colleagues at the show “Rustam and Sohrab” at the Lohuti theater were so much impressed, cried and fell down. 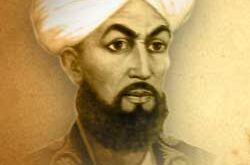